Will Crypto be the Future of Money? Find out here. 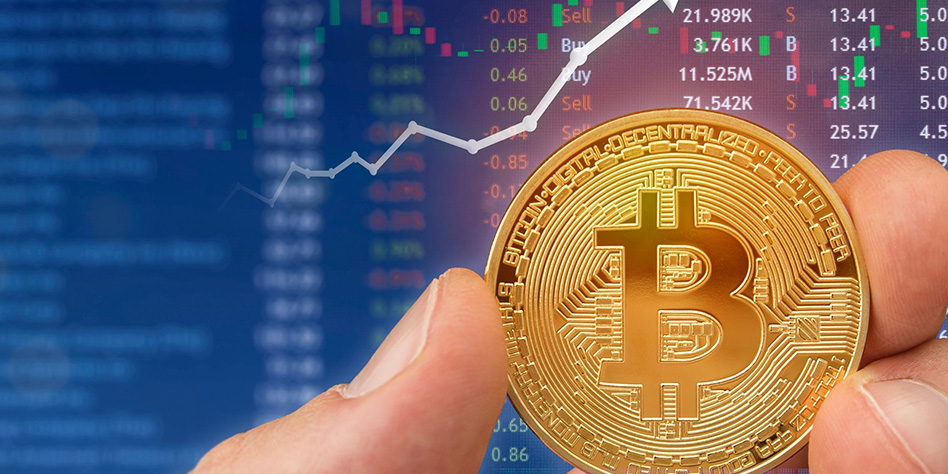 Cryptocurrency has been one of the trending topics in 2021. Everyone it seems, from Elon Musk to Andrew Ross Sorkin to Larry Fink, have been giving their two cents about crypto that it made ordinary people curious. What started out as a digital novelty is now worth trillions of dollars as more and more people consider these digital assets as investments. Is cryptocurrency just an ongoing trend or is it the future of money?

cfr.org explained cryptocurrency as, “So called for their use of cryptography principles to mint virtual coins, cryptocurrencies are typically exchanged on decentralized computer networks between people with virtual wallets. These transactions are recorded publicly on distributed, tamper-proof ledgers known as blockchains. This open-source framework prevents coins from being duplicated and eliminates the need for a central authority such as a bank to validate transactions.

Cryptocurrency users send funds between digital wallet addresses. These transactions are then recorded into “blocks,” and confirmed across the network. Blockchains do not record real names or physical addresses, only the transfers between digital wallets, and thus confers a degree of anonymity on users. Some cryptocurrencies, such as Monero, provide additional privacy. However, if the identity of a wallet owner becomes known, their transactions can be traced.”

Techies started using crypto because of its decentralized nature. Transactions can be done quickly and anonymously across the world without the need for a bank and paying fees. This system attracted non-techies and has evolved to not only being a currency but an investment tool as well.

What People Are Saying

Recently, billionaires, politicians, government officials, bank officers, etc. have something to say about crypto. Most of them are dismissive or even downright negative about crypto. You’d have to wonder. Does the establishment fear crypto? Are they threatened? Some crypto supporters would even go as far as to say that the “haves” don’t seem to want to see the “have nots” make their own money.

“Of course, I hate the bitcoin success and I don’t welcome a currency that’s useful to kidnappers and extortionists, and so forth. Nor do I like just shoveling out a few extra billions and billions of dollars to somebody who just invented a new financial product out of thin air. So, I think I should say modestly that I think the whole damn development is disgusting and contrary to the interests of civilization. And I’ll leave the criticism to others.” – Charlie Munger, Vice Chairman of Berkshire Hathaway, Inc.

"I personally think bitcoin is worthless, but I don't want to be a spokesperson.” – Jamie Dimon, CEO of JPMorgan Chase

Bitcoin is “a typical bubble.” He compared the crypto industry to tulip mania in The Netherlands in the 1600s.- George Soros, hedge fund tycoon

“Stay away from it. It’s a mirage, basically. In terms of cryptocurrencies, generally, I can say almost with certainty that they will come to a bad ending.” – Warren Buffett, legendary investor

On the other hand, these are what big supporters of crypto are saying.

“We have elected to put our money and faith in a mathematical framework that is free of politics and human error.” - Tyler Winklevoss, American cryptocurrency and Bitcoin investor, rower, entrepreneur and founder of Winklevoss Capital Management

“I think the fact that within the bitcoin universe an algorithm replaces the function of the government… is actually pretty cool.” – Al Gore, former US Vice President

The Future of Crypto

Financial experts though can see that crypto will definitely make its mark in finance in the coming years.

“Cryptocurrencies will disrupt traditional finance because one of their most attractive utilities is the ability to efficiently transfer payment across borders with little to no cost, delay or foreign currency fluctuations.” - Ivory Johnson, Certified Financial Planner and Founder of Delancey Wealth Management

“Cryptocurrencies like bitcoin have proven themselves useful for money movement and speculation, and they’re unlikely to go away. But where and how we’ll generate the energy to meet the demand of a growing crypto market is worth considering, as well as whether state-actors who view it as a competitor to fiat power will make it even more of a black-market commodity.” - Dan Egan, Vice President of Behavioral Finance and Investing at Betterment

“Central bank authorities are busy developing regulations on cryptocurrency. They recognize that digital currencies are native to the digital economy and, as such, are on their way to becoming mainstream in the next 10 years.” - Dragan Boscovic, Founder and Director of the Blockchain Research Lab at Arizona State University

It seems that crypto is here to stay. Whether it’s going to replace fiat or maintain its status as an alternative form of currency remains to be seen.

In the meantime, crypto supporters, keep your digital assets safe. Store your XMR in XMRWallet where you can make faster, easier, and uninterrupted Monero transactions locally in your browser.